When mould starts growing in parts of your home, there is cause to get worried and look for a solution. Mould contamination not only causes illnesses but also results in poor air quality around the house. Some of the illnesses caused by mould contamination include internal bleeding, cancer and gastrointestinal illnesses.

Apart from invading walls, mould can grow in areas such as cupboards, beneath tables, window sills and on fabrics such as carpets. Before learning how to remove mould on walls, there is need to know what causes their growth. Mould is caused by several factors, for example: 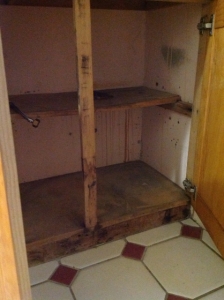 Getting rid of mould from your walls is as easy as preventing their growth in the first place. However, where they are already there, you may have to call in the experts. South Queensland Restorations offer the best solution to your mould problems. First of all, they will send inspectors to inspect your home. This initial inspection will entail taking temperature and humidity readings so as to help them find out the reason behind the mould growth. Their readings will be done on the walls, carpets, window sills and other areas affected by mould.

After carrying out an inspection, the readings will then be sent to a laboratory. The main reason for this is to determine which type of mould has invaded your home. The laboratory results will also show whether the type of mould is harmful or not. These tests are important because the experts will get rid of the mould using methods that are appropriate for the specific type.

There are specific ways of getting rid of mould that grow on the wall. One of the methods which the experts will use includes HEPA vacuuming the wall surface before washing it. After washing down the mould the wall is given an antimicrobial cleanse. Another alternative would be to rip off the entire wall and replace it. This alternative is only used where the mould damage is severe and has penetrated the wall. It is also used in instances whereby cleaning the surface would not suffice.

After cleaning the wall, the technicians will take another swab and send it to the lab for further tests. This test will determine whether the problem has been rectified or whether there is need to clean the wall further. Most homeowners usually assume that getting rid of mould is easy and can be done simply by cleaning their wall with bleach. The sad news is that even after cleaning it with bleach, the mould may grow back. An antimicrobial treatment is therefore necessary.

If you live in Brisbane, consider calling in the experts when you notice any mould growth on your walls. South Queensland Restorations deals with mould removal of any severity. Above all, they have the right equipment and treatments to get rid of your mould problem from the root. Call us today to get an inspector sent to your home and to enjoy their affordable rates.

Get a quote today!